Radio Glamorgan will be commemorating the 75th anniversary of VE Day on Friday 8th May 2020.

Join us as we pay tribute to the service and sacrifice of the entire Second World War generation, from British, Commonwealth and Allied Forces to evacuees and those who served on the home front. As we face some of the most challenging times since the end of the Second World War, now more than ever it is important to unite in recognition of service to the nation, just as communities did 75 years ago.

There will be a number of special programmes being broadcast on your favourite hospital radio station, take a look and take a listen!

Hosted by Dave Berry, Jason Manford, Leona Graham and Claire Sturgess, you are invited to be taken back to the 1940s to celebrate VE Day, with archive interviews, news bulletins and first-hand accounts from veterans and their families. 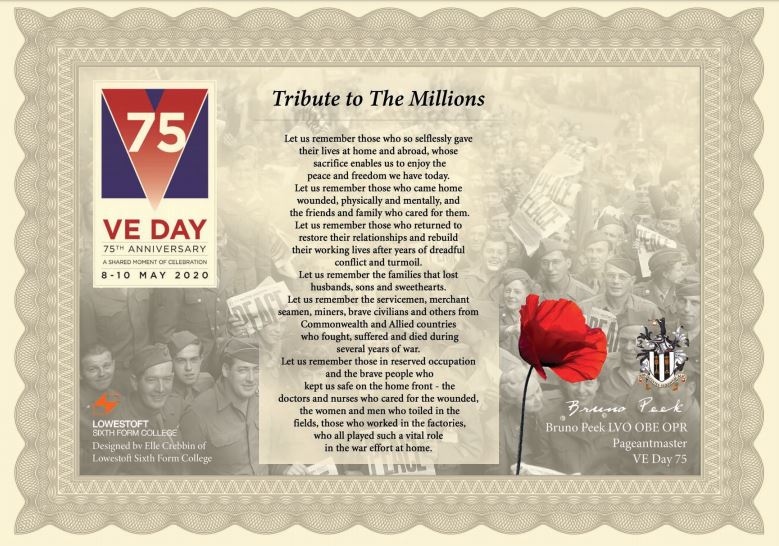