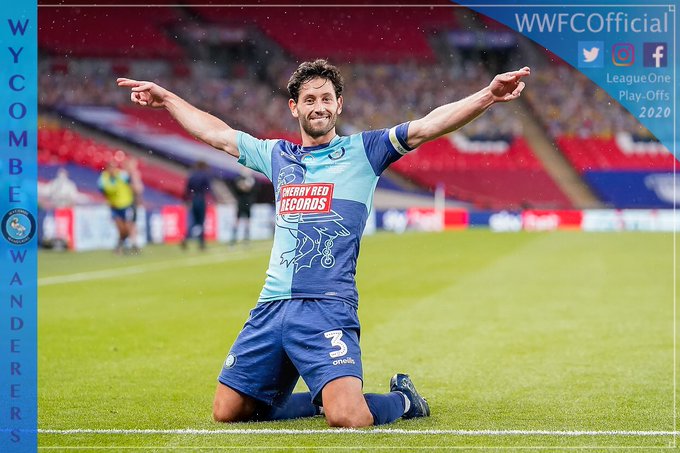 Howard Jacobson is usually heard on Radio Glamorgan presenting the ‘Powerd By Howard’ show (when there’s no restrictions in place) on a Monday evening between 6-8pm.

Last night (13th July) at Wembley in the football world, it was the League One Play Off Final where Oxford United were up against Wycombe Wanderers. Why would we tell you that? Well Joe Jacobson is Howard’s son who is part of the Wycombe Wanderers squad!

What’s more, Joe scored a penalty in the 79th minute which was enough to clinch the 2-1 victory and promote the team to the championship for the first time in 133 years!

Howard has also been featured on a number of editions of BBC Radio 1 Newsbeat talking about the game and of course the success! Listen here to the 12:45pm edition of the programme from Tuesday 14th July (approx 13 minutes in)

It’s been a pleasure, @wwfcofficial.

HUGE congratulations to Joe and all of the team at Wycombe Wanderers and here’s a little video to show how happy Howard was, not long after the final whistle…