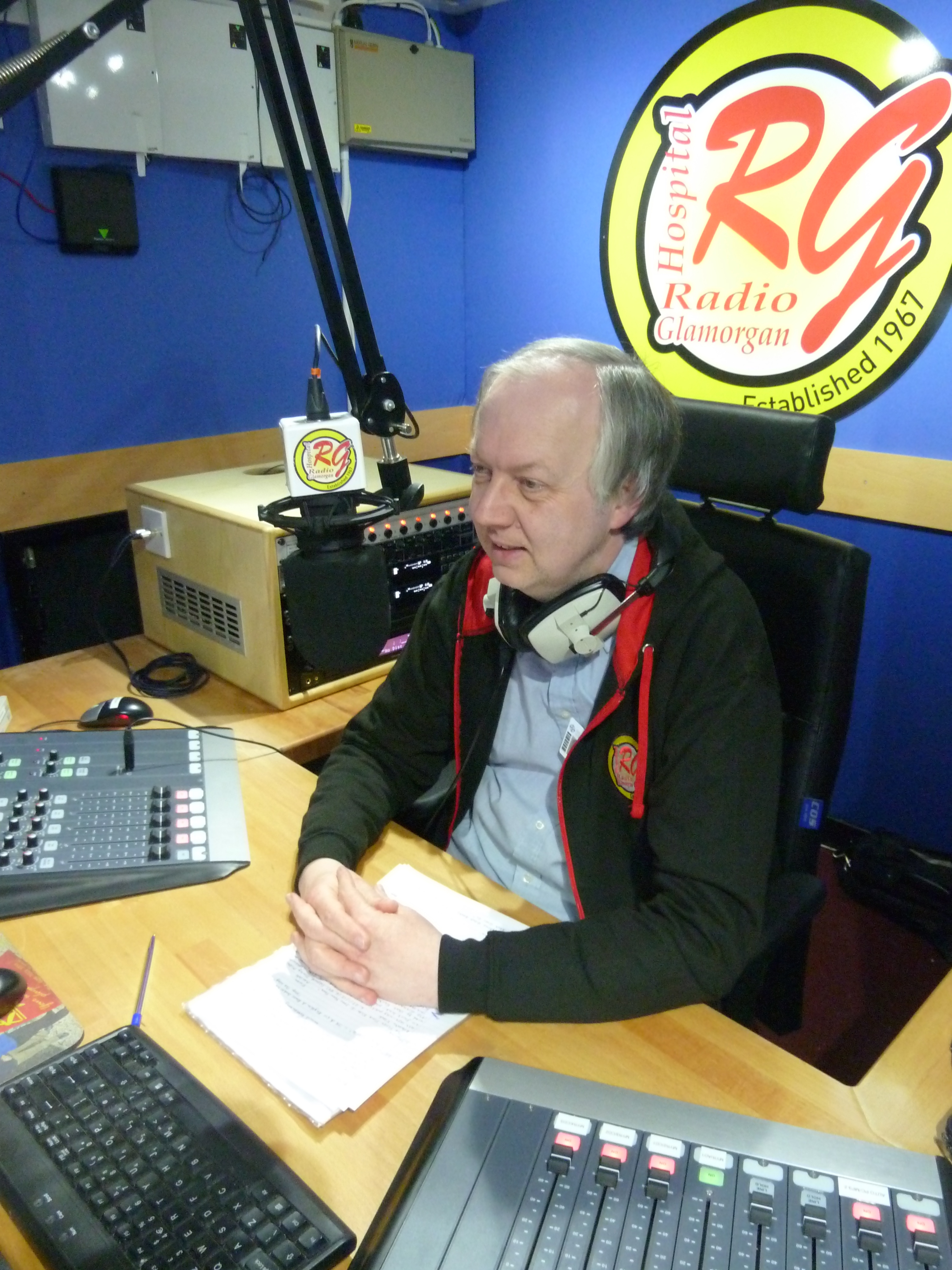 Catherine Moulogo from Keep Wales Tidy commented: ‘We are delighted to sponsor the Monday Night Richard Manning Show! As Richard volunteers weekly for us and Hospital Radio Glamorgan it is a fantastic way for both charities to support each other.’

Richard has been a volunteer at RG for almost four years and hosts a two-hour music show on Monday evenings. He says, ‘I’ve always been a music fan but never thought about being a DJ until I saw the studio near the X-Ray Department back in 2010. I hope my efforts have helped patients feel a little better as I know the time in hospital can really drag.’

Richard added: ‘Keep Wales Tidy can be perceived as the litter police but tackling litter is only part of their work. They also target the other things that spoil our environment. Like graffiti, fly-tipping, vandalism, pollution…the anti-social issues that plague communities across Wales. As a volunteer there I can see that Keep Wales Tidy is about making Wales a better place for us all to live in. I hope to be able to provide opportunities within my weekly radio show that will help spread the message about the important work Keep Wales Tidy do.

Hospital Radio Glamorgan is a registered charity run entirely by volunteers and broadcasts 24 hours a day, seven days a week. You can listen on speakers within University Hospital of Wales or listen on-line via the radioglamorgan.com website, Radio Glamorgan app or TuneIn app. Richard Manning’s show is on Mondays between 6pm and 8pm.

Further details on the work of Keep Wales Tidy and how YOU can get involved with one of Wales’s leading environmental charities can be found at www.keepwalestidy.org