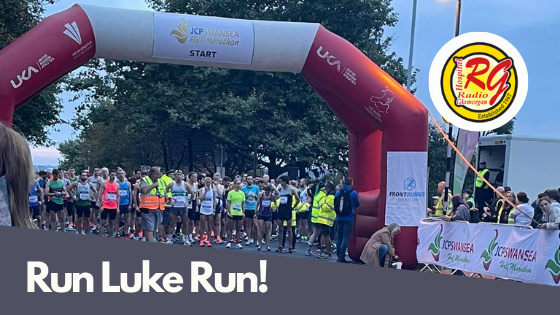 Earlier this morning when many of us were still tucked up in bed, Luke Davies was travelling west down the M4 to participate in the Swansea Half Marathon. 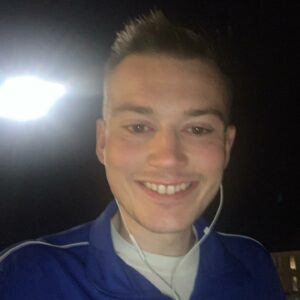 Luke was one of thousands who completed the 13.1 mile course that began in the city centre, continued along the coast towards the Mumbles and finished near to the cities museum.

Checking in with Jamie who was on air on Radio Glamorgan covering GMRG (the show that Luke usually presents on weekend mornings 10-12) Luke revealed that his time when he crossed the finish line was 1 hour 52 minutes. 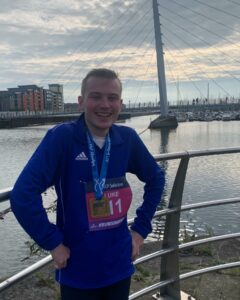 Aware that Radio Glamorgan (Registered Charity 504534) hasn’t been able to fundraise as much as usual due to the pandemic, he’s running it in aid of the station where he’s been an active volunteer at since 2013.

Chatting to Julie about his challenge on ‘All About Sport‘ on Friday night, he said it had improved his mental health and encourages anyone to take up running as it’s helped him greatly in the last few months.

Luke also mentioned that he’d smashed his original target of £150 and should you wish to donate, the fundraising page is still open here.
(Note the page will close on Sunday 24th October) 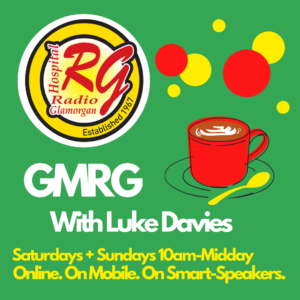